The History of the Tortilla

Tortillas have been around for thousands of years and have been used in a variety of dishes. Today, you can find them everywhere from your grocery store and restaurants to your favorite local food trucks. It’s one of the most popular bread items in the world because of its incredible flavors and for being easy to use in many dishes.  Read our blog post below to learn more about the history of this wonderful staple.

The Origin Story of the Tortilla

The word tortilla actually originates from the Spanish word tort meaning “cake”. The food itself, a thin flatbread made from dried and finely ground corn, can be traced back many thousands of years to people of the Sierra Madre Mountains in Mexico. It’s thought that the first tortillas were made around 10,000 B.C.E, which matches up with around the time corn was first domesticated in the area.

Aztecs and Mayans would use the tortilla in many of their foods as it acted as a main source of energy. It was often eaten plain, dipped in a chili sauce, or stuffed with meats, beans, squash, and other ingredients. Not much has changed since then, right?

Welcome to the World

According to Chapala, when Hernan Cortes and his fellow Spanish conquistadors conquered Mexico-Tenochtitlan, the capital of the Aztec empire in Central Mexico, they saw tortillas for the first time. In the Aztecs’ native language they called it “tlaxcalli”, but once the Spanish discovered it, they called them tortillas and it quickly spread across the world. Once wheat was brought over to the New World from Spain, flour varieties were created.

When the 20th century rolled around, Mexican cuisine became hugely beloved, especially in the United States. This is due to the rise of Mexican restaurants and Mexican immigrants bringing their culture and recipes across the border.

Today, they remain one of the most popular bread products on the market. So much so that during the mid-20th century people started making them in machines instead of by hand. Specialized machines can produce upwards of 60,000 cooked products in an hour in many different varieties.

The Tortilla Industry Association in the United States estimates that the industry, which includes tortillas, chips, tostada shells, and taco shells, is a $6 billion industry. This figure indicates that they are more popular than bagels or muffins in America and are second only to sliced bread.

Tortillas Galore at The Original Grande

Who doesn’t love tortillas? It’s the perfect companion for almost all Mexican cuisine and we couldn’t imagine a world without them. They play a major role in The Original Grande’s mission to fuel your inner fiesta and experience delicious flavors. We offer a variety of favorites including tacos, burritos, sanchos, enchiladas, and much more! Visit a location near you and see why people are saying “Viva Grande!” What Goes Into the Perfect Burrito?

Biting into the perfect burrito makes a good day even better! Having just the right burrito fillings can fill you up and keep you feeling satiated longer. 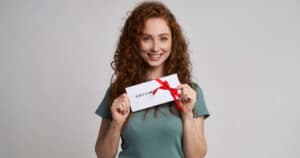 What You Should Know About Holiday Giving Gift Card Etiquette

Gift cards are not always a bad idea when it comes to holiday gift-giving. Keep reading for tips on how to give gift cards with class and style. Colorful food is healthy, and Mexican food is one of the most colorful cuisines. Let’s dive into exploring the many health benefits of eating Mexican food!